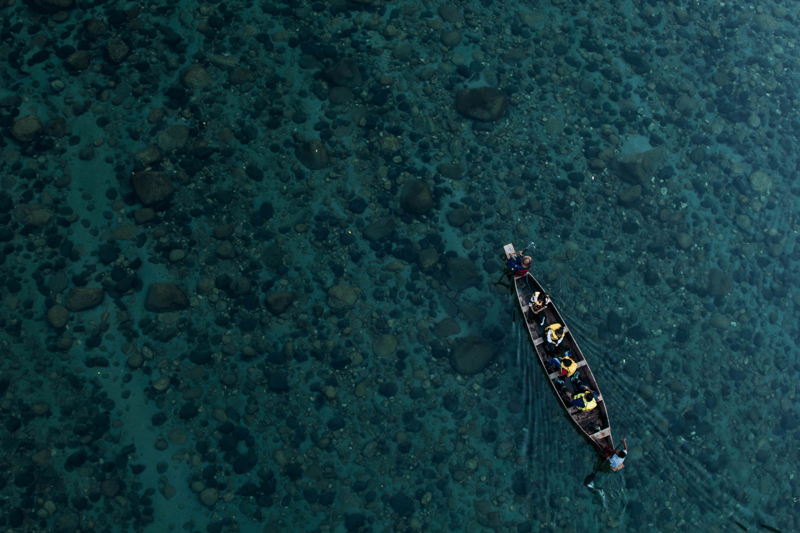 How to Use the Sunk Cost Effect to Motivate Your Customers

Have you ever wondered why a friend keeps returning to a relationship that clearly isn’t working? Maybe you’ve struggled through a meal at a restaurant when you were full just so you wouldn’t waste money. At some point you’ve probably felt like giving up halfway through a difficult task only to think about how far you’ve come and decide to push through it. It may not seem like it but these experiences have a lot in common.

In each of these instances, the human mind has played a trick and caused a rational individual to temporarily abandon logic in their decision making. This realization comes with some good news and some bad news. The bad news is that you’re not immune to this kind of mental trickery but the good news is you’re not alone!

The better news is understanding this phenomenon can help you predict and control customer behaviour. So let’s dive into what specialists call the sunk cost fallacy and see how you can use it to strengthen your brand.

What are Sunk Costs and How Do They Affect Our Decisions?

Building on this idea, the sunk cost fallacy is the tendency for human beings to factor sunk costs (which by definition have occurred in the past) into decisions that occur in the present or the future. To put this in terms of an earlier example, a rational individual would stop eating a meal as soon as they noticed they were full, however in order to not “waste” our money many of us will continue to eat beyond the point of satisfaction.

Why do we do this? Experts have identified that when this happens we are often factoring in the money we paid for the meal (in the past) into the decision of whether we continue to eat it in the present.

Upon closer inspection the fault in this logic is apparent. The price we paid for the meal is gone and nothing we do can help us to reclaim that money – especially not continuing to eat. The decision of whether or not to keep eating should only be dependent on the satisfaction that each additional bite brings us and not the cost to acquire the food in the first place.

You can see the sunk cost fallacy at work in many other examples, like the decision to keep reading a book you don’t enjoy because you’ve already read 100 pages or to keep watching an awful show because you’re three seasons in. Any time we allow costs we have incurred (that we cannot change) to affect our decisions, we are yielding to the sunk cost fallacy.

While the sunk cost fallacy may skew our decisions, there is actually a strong biological reason for it. In an effort to ensure our continued survival, the human brain treats losses as more severe than gains. For example, studies show losing $5 hurts us more than gaining $5 pleases us. Even though the financial change is the same, the loss hits harder than the gain. This bias allows us to pay more attention to things that may harm or disadvantage us and react to them accordingly – an important tactic for survival. The side effect however, is that we tend to overweigh real or potential losses, allowing the fear of experiencing loss to creep into our decisions even when it’s not relevant.

When thinking about our shared “loss avoidance” mentality, it’s a little easier to see why a person who paid in advance for concert tickets but is sick on the day of the show may have a hard time staying home. Even though going to the show while sick may actually detract from their happiness for the night, the brain wants to do whatever it can to avoid feeling like the ticket price is a loss. This might trick the ticket holder into attendance despite the fact that staying home is the objectively better choice. Human beings are hardwired to avoid loss and any action we can take to feel like we’re not losing seems like an attractive alternative.  This is what ultimately gives rise to the sunk cost fallacy.

The Pros and Cons of the Sunk Cost Fallacy

Now that we’ve discussed where sunk cost fallacy comes from,  we can move into the implications of this phenomenon and how it impacts our lives. As some of the examples used so far have indicated, sunk costs can have very negative effects on our ability to make decisions. What we’ve yet to approach is that they can also result in positive impacts that have been notably less documented in scholarly discussions.

The sunk cost fallacy is a negative influence when it convinces us to commit to a failing course of action. In fact, another name for the principle is the Concorde Fallacy, named after one of the most infamous public examples of the fallacy in action.

The Concorde was the first commercial supersonic aircraft. Commissioned by the British and French governments, it was designed to charter flights for the public at supersonic speeds allowing passengers to cross the atlantic in three and a half hours. The Concorde however was predicted to be a failure early on and both the French and British governments knew it. However, this didn’t stop sunk costs from rearing their ugly head as both governments continued to fund the project because of the psychological and financial investment they had already made. Eventually, and inevitably, the Concorde did fail, but not before incurring additional losses by both contributing governments.

When you look at this example, it’s hard to imagine sunk costs as being anything other than a negative.  However, sunk costs can be a very positive force when they inspire individuals to persevere through difficult situations by reminding them of how far they’ve already come. Think about the student studying through the night for an exam, feeling tired and about to give up only to think about how much they’ve already accomplished and find that little push to keep at it.

The same idea can be seen in Olympic athletes whose years of training not only prepare them for the competition but motivate them through it.  Quotes like “I’d come too far to give up now” and “all that training couldn’t be for nothing” rang out on the champion’s podium at the Rio 2016 Olympics.

As motivational as these statements are, they are just as illogical as the negative examples of the sunk cost fallacy. In a race, how hard you continue to run should be a function of your endurance and the rewards you will gain for winning the race. Your training is in the past – it cannot be undone and win or lose you can’t get that time back, yet in an effort to avoid “wasting” that time and effort athletes strive to win.

For better or worse, sunk costs are a part of human psychology but what does this mean for your brand and customers? The motivational aspect of the sunk cost fallacy shows us that integrating some kind of cost into your offerings can encourage a customer to stick with your product. That being said, incentivizing commitment through costs can be a dangerous game to play. Aspects of your product that require a customer’s effort, time or money can easily turn shoppers away from your brand before those costs have a chance to motivate them.

For example, a brand manager trying to implement the sunk cost methodology might create a membership program where customers have to buy in so that they can earn discounts and special offers. Once a customer buys in, the sunk cost effect activates and motivates the customer to take advantage of the special offers in order to not “lose” their buy-in fee. The issue here is that price sensitive customers may be discouraged by the fee and decide not to opt-in in the first place which leaves no room for the sunk cost principle to motivate their actions.

The same situation occurs when brands create effort or time costs that a customer has to incur to use their product. For example, if your service has a steep learning curve, customers have to invest time and energy to figure out how to use it effectively. When they are successful this investment can create a psychological lock-in for your brand but be aware a steep learning curve can also lead to customer frustration. Such is the peril of sunk costs. When they work, they work but these options can be a costly turn-off that reduce adoption and a customer’s enjoyment of the service.

The question then remains: how can a brand utilize the sunk cost methodology without forcing their customers to bear an unwanted burden? The answer: the brand can create a “sunk reward” instead.

Imagine for a moment that you got a shirt from someone you care about as a gift. A few weeks later you go to your closet on a cold morning trying to decide what to wear. You narrow your decision down to the gift shirt and another slightly warmer shirt. Though the other shirt might be physically warmer, you feel a sort of psychological warmth that comes from using the gift someone bought you. This feeling might be enough to sway you to wear the gift even though objectively it isn’t the logical option. Presenting this example to my coworkers confirmed my suspicions. When faced with the hypothetical shirt situation almost all of them opted to wear the gift over the shirt I explicitly explained was warmer. This affirms that we don’t always let logic dictate our actions when sunk rewards are involved.

It’s easy to see the reversal of the sunk cost fallacy in this example and even easier to put the principle into action. Instead of forcing customers to bear a financial burden, give them a stake in the game through rewards. A simple points based program or a tiered membership can give customers financial and emotional rewards they will be motivated to make the most of. Instead of deciding which shirt to wear, your customers are choosing between you and the competition. The rewards you give them can be that little push to help them make the right decision.

Sunk Costs Don’t Have to Be a Loss

Using rewards to motivate your customers plays to the sunk cost fallacy without tricking or deluding your customers. Like the Olympic athlete who perseveres because of the years they spent training, sunk rewards can motivate a customer to make the optimal value-add decision by creating an investment in your product and allowing them to subsequently realize that reward. Rewards can also build strong emotional bonds with your customers because while the costs may be sunk a relation-ship never sinks.

Why the Community Values of Web 2.0 Still Matter 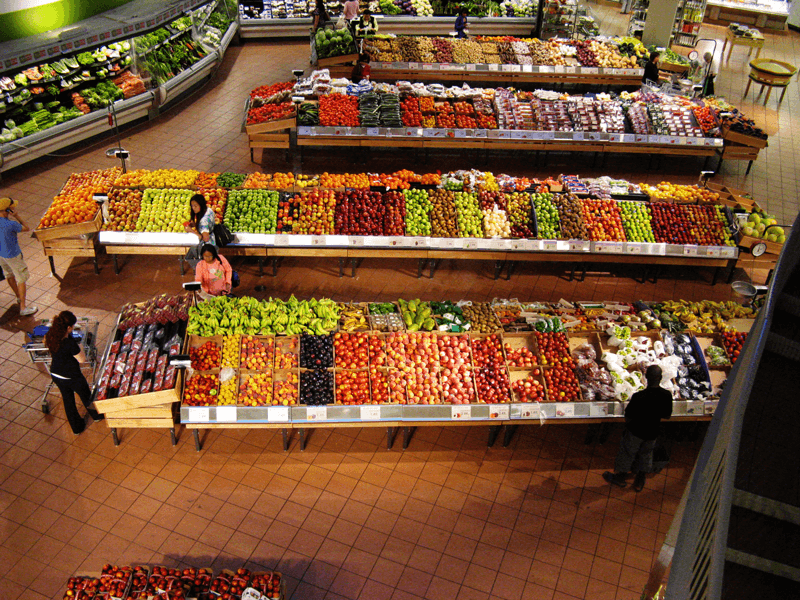 20 Experts Predict the Future of eCommerce 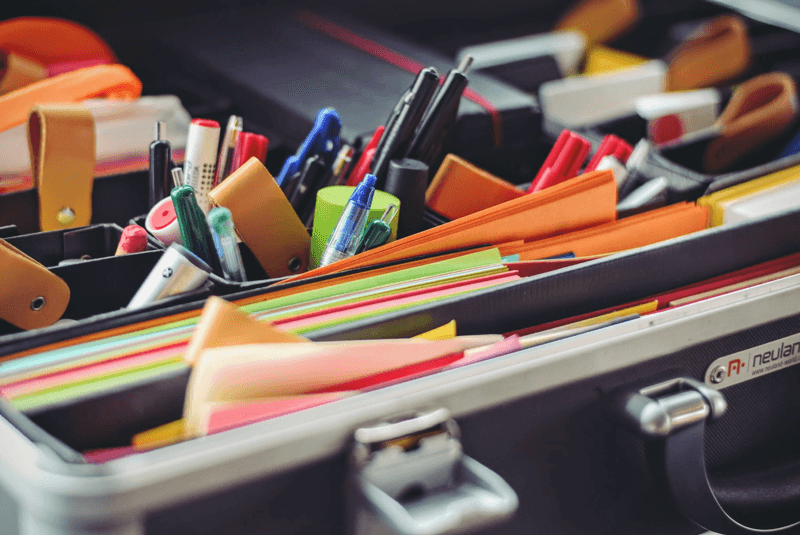